After studying this section you should be able to:

The basicity of aliphatic and aromatic amines 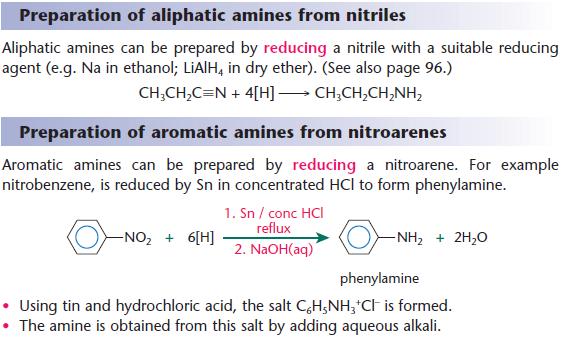 Other reducing agents can also be used:

Preparation of amines from amides (Edexcel only)

The preparation of dyes from aromatic amines

Aromatic amines, such as phenylamine, are important industrially for the production of dyes. Modern dyes are formed in a two-stage synthesis: 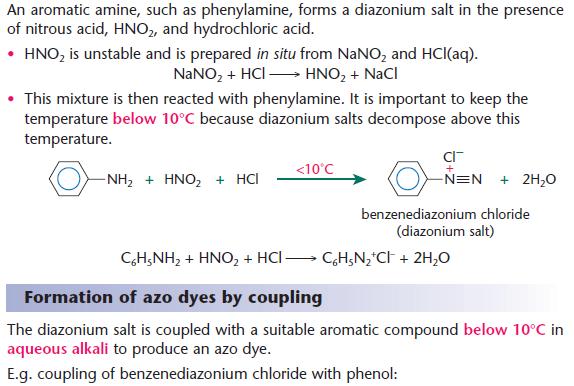 Using benzene for the synthesis of dyes

Benzene is used as the raw material for the synthesis of dyes.
A four-stage synthesis is shown below:

Reactions of amines with halogenoalkanes 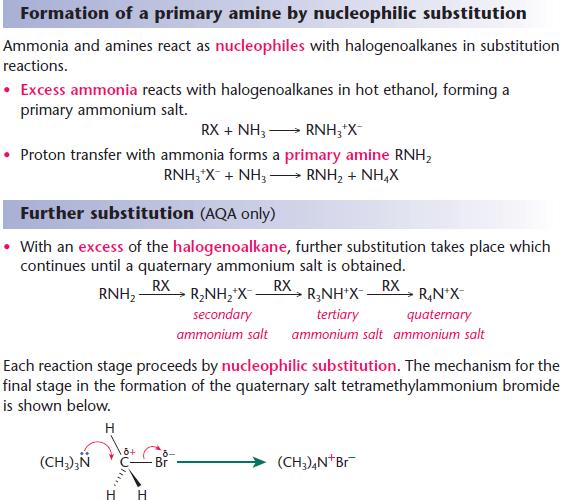 Key points from AS - Nucleophilic substitution reactions of halogenoalkanes

Reactions of amines with acyl chlorides 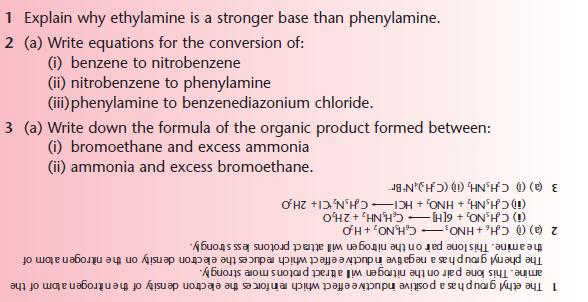