Atoms have a small central nucleus made up of protons and neutrons around which there are electrons.

*Because an electron has a negligible mass compared to protons and neutrons in most of Chemistry it can be ignored.

Atoms of the same element always have the same number of protons.

Isotopes are atoms of the same element but with different number of neutrons. 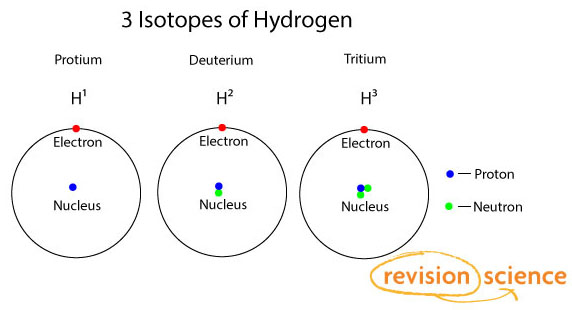 Isotopes of an element react the same way as chemical reactions depend on electrons, not neutrons.