Detectors are needed to reveal the paths of the particles produced in experiments using particle accelerators.

Filled with liquid hydrogen, the pressure is suddenly released so that the hydrogen is ready to vaporise. Charged particles entering the chamber ionise the hydrogen.

This triggers vaporisation, so a trail of bubbles is formed along the track of each particle. 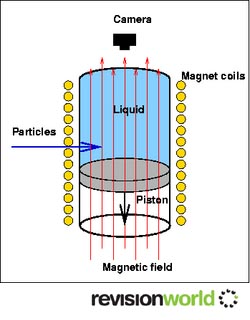 Incoming particles cause a trail of ionisation in the gas.

Their track is calculated electronically by the length of time ionisation electrons take to drift to the nearest sense wires.

A computer processed the signals and displays the tracks graphically. 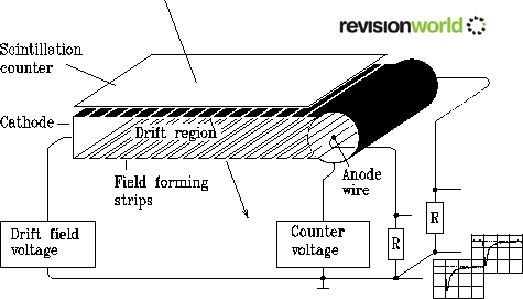