Excitation is the result of energy being given to an electron moving it to a higher energy level.

If enough energy is given to the electron to remove it from the atom ionisation has occurred.

In fluorescent tubes a gas has an electric current pass though it. This causes electrons to become excited and ionise. When electrons return towards the ground state they lose energy which is emitted as UV radiation. This radiation is absorbed by the coating in the tube which emits visible light. 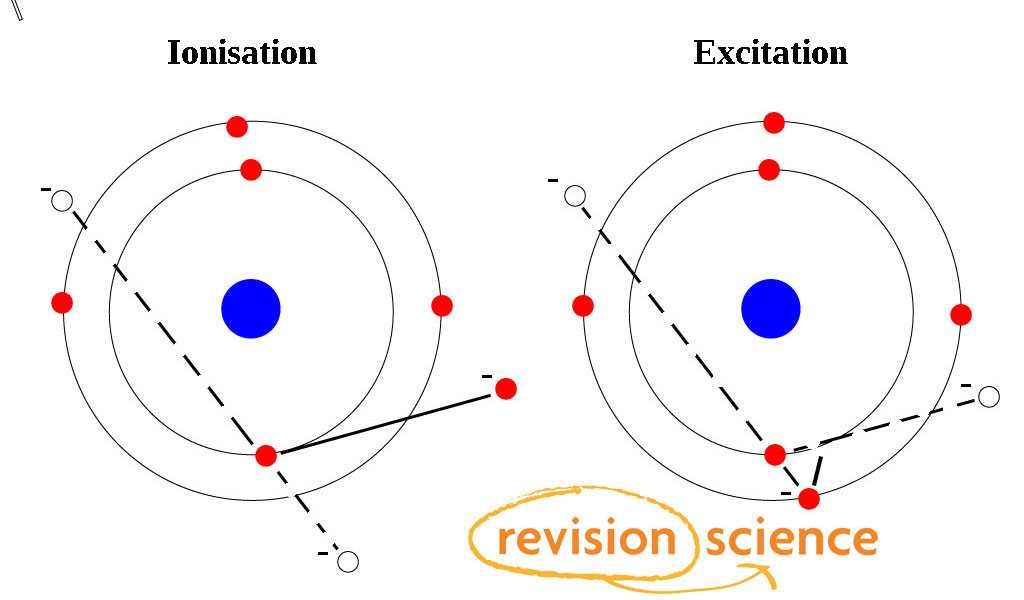