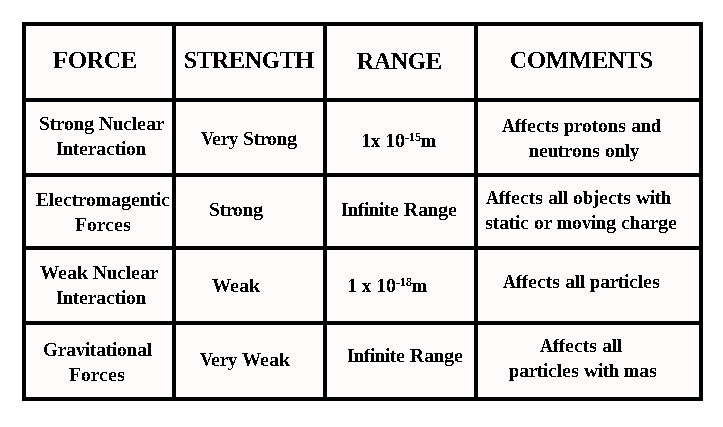 The Strong Nuclear Force keeps the parts of the nucleus together. It acts over a very short range and can be both attractive & repulsive.

The Electromagnetic Force holds atoms and molecules together. It is also responsible for giving things strength, shape, and hardness.

The Gravitational Force is a force that attracts any object with mass. Every object exerts gravitational force upon each other.