Living things are in continuous competition with each other for food, space, mates

It is ‘Survival of the Fittest’

This video provides an overview of Darwins impact

Fossils are formed in one of two ways:

Fossils are formed in areas of insufficient oxygen to decay, in low temperatures (glaciers) and high soil acidity (peat bog)

This video explains how fossils are used by scientists

Example of Evolution: The Horse 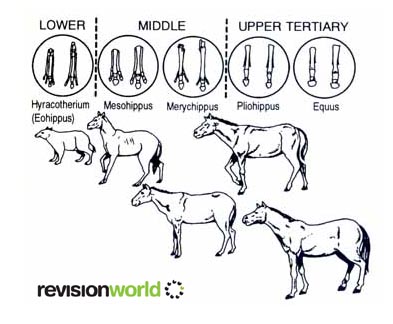 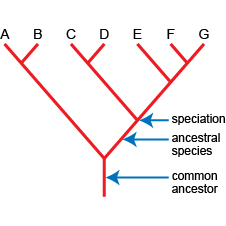 Species or whole families of organisms die out  (extinction)

Any of 3 factors can contribute to extinction:

The environment can also change quickly. This affects great numbers of species that cannot keep up with the changes required for survival.

This video showcases the Extinction threat to the Water Vole

This video explains the Extinction threat to Red Squirrels